- Fixing issues with Club invites
- In the first weeks of Club League it will be easier for Clubs to get promoted until Clubs are properly distributed over the ranks - once we’ve achieved this, we will slowly adjust Clubs progression in Club League.

Now brawlers can be upgraded up to level 11!

From now on, every level will require Coins and Power Points. This means that getting a Star Power at level 9 won’t upgrade your Brawler to level 10 anymore. These are the resources needed to unlock levels 9, 10, and 11: 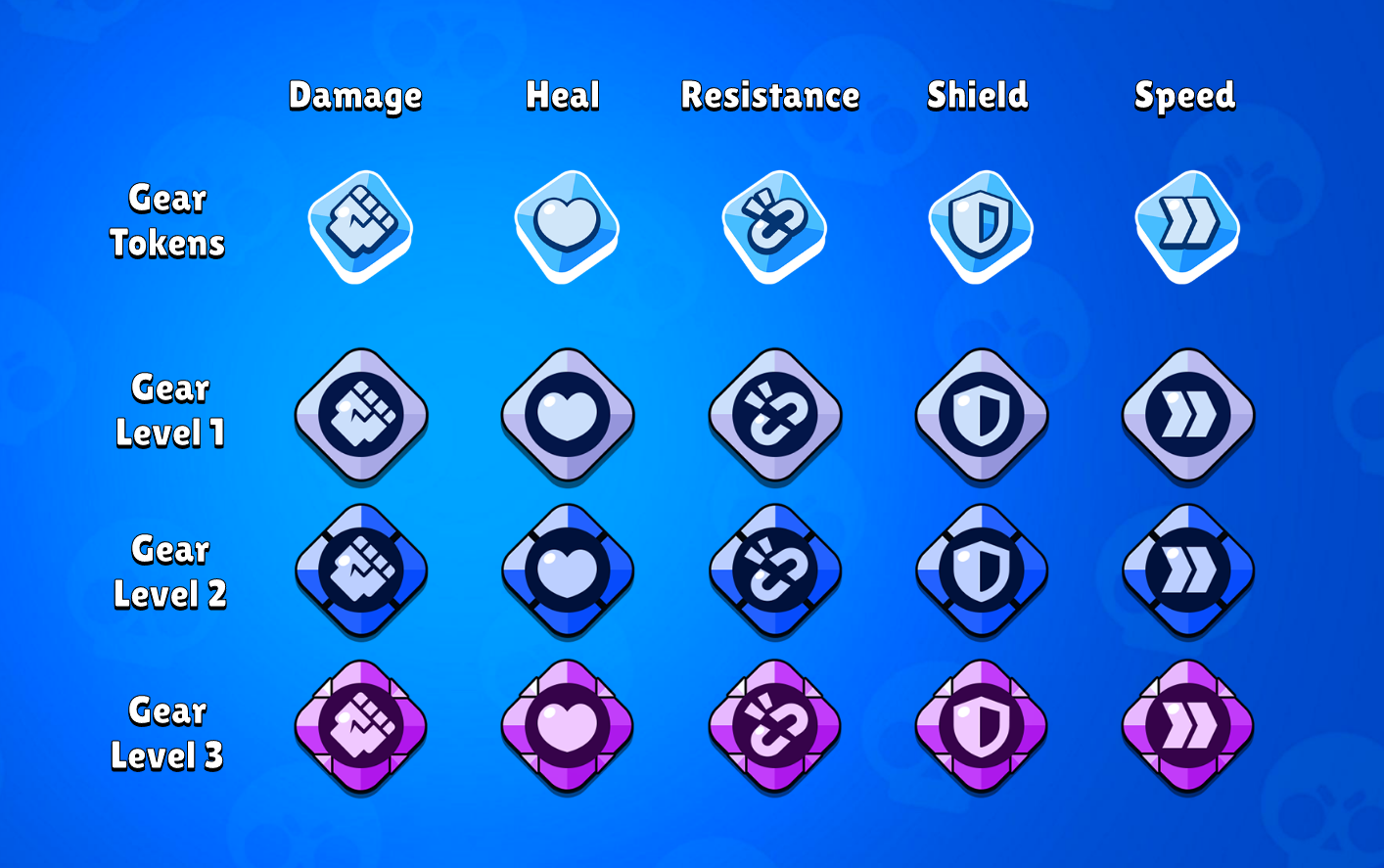 Gears are new items unlocked at levels 10 & 11 that add more progression and a new layer of strategy to the game.

There are 5 different types of gears and each of them gives a different passive ability to the Brawler is bound to. Gears get crafted in the Brawler screen and using two new currencies: Gear tokens and Scrap. Both drop from Brawl Boxes and can be acquired in the shops.

Gears can also be upgraded up to level 3. Upgrades increase their effectiveness for each level:

They can’t be transferred between Brawlers, so once a Gear is crafted, it is bound to the Brawler you picked.

You can still change Gears before a match just like Star Powers and Gadgets.

Club League is a new weekly competition for clubs!

Every week your club is matched up against 7 other clubs which compete on 3 days. On each of these days, members receive 4 Tickets which are used to play matches and get Club Trophies, which later on will be converted into rewards!

Members of a club get Club Trophies when playing a match. Playing with clubmates gives slightly more Club Trophies, and the number also depends on the type of match played. Club Trophies for Standard matches:

At the end of each competing day, the 8 Clubs in the League are ranked based on the total amount of Club Trophies earned by all the members of each Club. All Clubs get Club Points depending on their position in the Rank:

Club Trophies are reset at the end of the competing day.

The weekly Season ends every Monday, when all clubs in the League are ranked based on their total amount of Club Points earned throughout the 3 competing days. This ranking determines if a Club gets promoted or demoted as well as the number of rewards! Club Ranks are the same as in Power League, with all clubs starting at Bronze I at the launch of the feature.

Each member gets Club Coins at the end of the weekly Season based on:

Club Coins can be used in the Club Shop to get:

Lola proved to be a bit too strong as she was able to trade favorably with a plethora of brawlers. While she is countered pretty well by especially throwers, she's still a bit too versatile on most maps. Tuning down her numbers a little will allow more brawlers to go toe to toe with her.

Eve's second gadget is out!